“I wish I’d been as good as him around Cheltenham.” Richard Hughes on his late father, Dessie

“I wish I’d been as good as him around Cheltenham.” Richard Hughes on his late father, Dessie
Posted by Vern on 16th November 2014 in Horse Racing
0 Comments 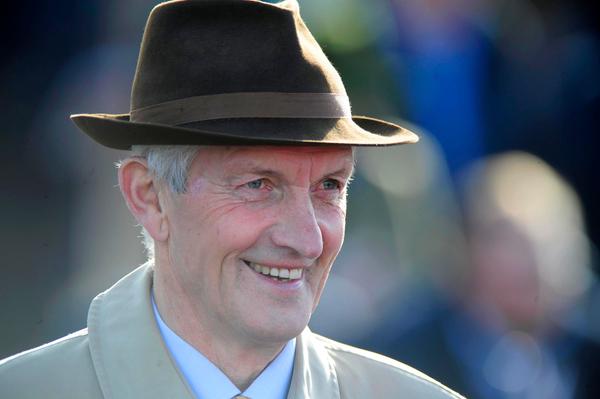 Few men in racing are respected for decades. My late father was forever telling me about the then jockey Dessie Hughes. About why he was his favourite jump jockey. Dad would point out the Dessie style of racing at Cheltenham in the same forensic manner he would make me watch Lester Piggott ride on the flat.

In the competitive world of racing you’ll soemtimes hear someone giving bad word about another jockey or trainer, always in private of course. I doubt anyone ever heard a bad word spoken about Dessie Hughes. He was a gentle man and a gentleman.

When I saw Dessie Hughes I always thought of my own father and I thought of the birthplace of both men, Ireland. My Dad and Dessie Hughes were what I would class as typical Irishmen of their generation.

They each grew up surrounded by horses and they both knew that to get the best from them, you must look after them.

The obituaries to Dessie Hughes, who passed away on Sunday aged 71, will rightly list the winners he rode and those he trained. He rode Davy Lad to victory in the Gold Cup of 1977. He won the Champion Hurdle aboard Monksfield and twice rode the winner of the Arkle Trophy. As a trainer, Hardy Eustace twice won the Champion Hurdle for Dessie and he trained Tombera to win the Irish Grand National.

In a prolific career as both jockey and trainer, there were numerous other winners for Dessie Hughes. He knew how to get the best from thoroughbred horses.

Cheltenham was his spritual racing home in the UK and the place will not seem the same without him come the festival next March. On Sunday, the racecourse were quick to organise a perfectly observed minutes silence for the most modest of racing men.

He was very proud of both his children, daughter Sandra and son Richard. He lived to see his son become champion flat jockey more than once and there is little doubt Dessie Hughes was not just a father to Richard, he was his mentor.

A couple of years ago I asked Richard Hughes, what he had learned from his father. Here is what he told me.