I feel confident that Chelsea football club will ban one or more of the middle aged men captured yelling racist abuse in the face of Raheem Sterling. As they should.

But those faces are just the visible tip of an iceberg that threatens to sink the improved reputation of English football. They are the football fans of the Nigel Farage era. These men – of my generation or a little younger – are the face of the new look little England. Their xenophobia a clear display of life in a divided country where the self defeating Brexit referendum has offered racists the green light they have been waiting for since the days of the National Front.

Those faces you see will be Farage fans. Those faces are both the past and the future of a Britain that is no longer great.

They belong to the most vile era of watching football, the 1970’s. When a rare black player was the constant target of abuse and supporters of opposing clubs to the one they were playing for threw banana skins on to the pitch. It was a horrid time to go to football matches. If the hooligans didn’t attack you, the open racists would direct their venom at black supporters (hence why so few attended matches).

Now these racist men have added hypocrisy to their CV’s. After all, did Chelsea not line up with black players in their team for their home win against Manchester City? Is N’Golo Kanté not one of the most likeable of footballers and talented, influential players in the Chelsea side?

Do those racist supporters who spat their insults at Raheem Sterling do the same to Kante? No, of course not. Would they were he to return to Stamford Bridge for another team? Yes, of course they would. Look at the footage of the incident. There is a fellow Chelsea fan behind them. A black Chelsea fan. Do they care about his feelings? No.

Brexit in all its racist, xenophobic, hatred of those not English has permitted these morons to come out of the closet they have been hiding in for decades.

When they are on a bus, they tell people speaking French, Spanish or even Welsh to “speak f*****g English, you’re in England now.” Hard working people from EU countries who have contributed hugely to the UK economy are insulted on a daily basis purely because 51.89% of the electorate who bothered to get off their backsides on June 23rd 2016, voted to send these people packing. Not illegal immigrants. Not people coming to Britain from outside of the EU, whose numbers have risen hugely at the same time as those from EU countries are leaving British shores in ever greater numbers.

Those sad, bad men you see in that photo from Stamford Bridge will miss the doctors and nurses who are leaving the country, and in turn the NHS, when they go to be patched up after their latest late night fight outside a pub or club.

Forgive them for they know not what they are doing? Not a chance. For they knew exactly what they were doing. The same men will likely cheer when Raheem Sterling scores for England. They are hypocrites in addition to being vile, racist human beings and they should not be allowed in any football ground anywhere in the world.

Editors of those rags – with their constant anti-foreigner, anti Raheem Sterling headlines and stories have fuelled the hatred of those men aged between 40 and 60. Raheem Sterling agrees with me. Today, Sunday, he said of newspapers: “They fuel racism as an aggressive behaviour. Regarding what was said at the Chelsea game, as you can see by my reaction, I just had to laugh because I expect no better. The newspapers don’t understand why people are racist in this day and age. All I have to say is have a second thought about fair publicity and give all players an equal chance.”

The racists long for a time when they could call people “Paki” and others would laugh. They wish they could still watch television shows like ‘Love Thy Neighbour’, Till Death Us Do Part’ and ‘Mind Your Language.’ Those men still go and pay good money to watch bad Jim Davidson in some dimly lit club.

Those men think colonial Britain is back. Although if you asked them to explain the history of it, they wouldn’t have a clue. They’re the men you see being vox popped on the streets of towns and cities where the greatest number of folk voted for Brexit without having a clue what they were voting for. They are the ones uttering inanities such as “Send them home”…”We want out, just get out of the EU”… “Them foreigners are stealing our jobs” (not that those racists would get their hands dirty picking vegetables in the fields of Lincolnshire for infinitesimal wages).

Former Arsenal and England footballer Ian Wright tweeted: “The bad old days are back! Chelsea you have been shamed by this disgusting racist fan. Absolutely no doubt about what he says.” 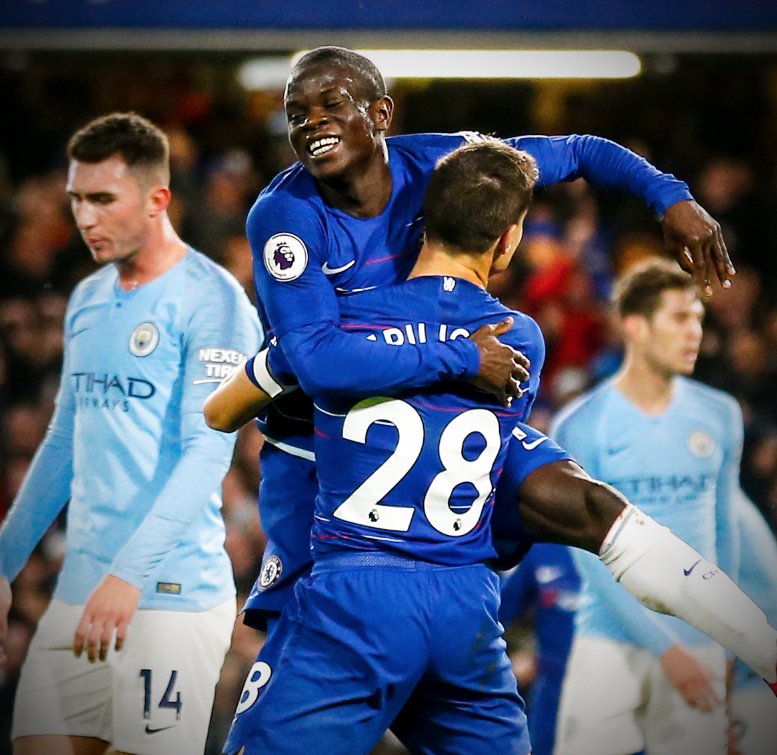 I would suggest the perpetrators of racist abuse never went away. They just kept a low profile. They no longer have to.

The racists who currently hold sway in the Conservative party, the media who gave and continue to give so much airtime to fascists such as Nigel Farage and Stephen Christopher Yaxley-Lennon (while using his alternative name which is easier to remember for like minded, thickos); the former editor of the Daily Mail, Paul Dacre, and the current editor of The Sun; they are all responsible, at least in part, for those men in the photo and many more like them.

They have been given their voice. They are once again free to vent their spleen at anyone who they deem to be less English than themselves. The racist football fan is back in the open. Like rats, once they are thrown scraps to feed on, they breed and feed.

Those people want Britain to rule the waves. All they’ve done is ensure that the country has sunk to a new low. A laughing stock abroad. Pitied for its narrow mind. A country once admired for putting out its welcome mat but where now middle aged angry men yell all manner of abuse in the faces of men, women, children and footballers.