Joe McNally looks ahead to Cheltenham

Joe McNally is a man whose opinions on racing I respect, writes Vernon Grant. With Richard Pitman, he is the co-author of the Eddie Mallory series of racing based mystery novels.

When he is not writing works of fiction based around the sport, he is writing factual features about racing.

He joins our small panel of experts offering their own opinions on the forthcoming Cheltenham Festival. Joe will pass on his thoughts on all the big races in three articles on this site. Here is Joe’s first feature for VG TIPS.

Joe McNally writes:-
I rarely have a bet during the Cheltenham Festival. I can never find my laptop, phone or, indeed, TV under the avalanche of ante-post vouchers.

Cheltenham in March has been one of the few constants in my life since I started betting in 1967. These old bones of mine are thoroughly ossified by cynicism in every aspect of life except Cheltenham each spring, where my optimism and joy are pathetically childlike in their simplicity.

In the unlikely event of me ever owning a boat I shall christen her The Ante Post; this mythical vessel carries me uncomplainingly through each winter despite being holed numerous times perilously close to the water line. Somehow she survives every voyage and berths safely just in time for the welcoming roar as the runners for The Supreme gallop away.

Most of my AP betting is done on the championship races, and I offer my thoughts here on those I fancy. There might still be some value available and you’d do well to note Betvictor’s offer of a free bet to full value if your horse does not run at Cheltenham. There are terms attached (the large print giveth and the small print taketh away) but none is onerous. 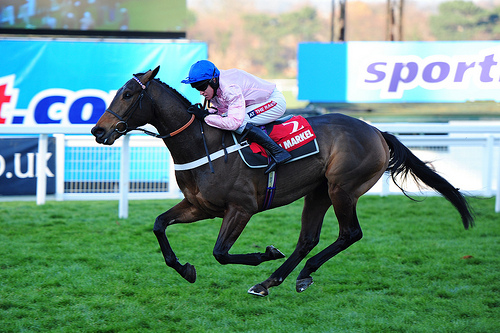 [symple_heading type=”h3″ title=”The Arkle” margin_top=”20px;” margin_bottom=”20px” text_align=”left”]Incidentally, sponsors must be mad to attach themselves to some Festival races; it will be top dollar for bottom exposure – do you know who sponsors The Arkle?

Simonsig is a shade of odds-on. I wouldn’t back him because he is too short and I think his jumping technique leaves him vulnerable. A bit like Long Run, he doesn’t get his rear very high and just catches his back legs in the tops. Long Run does it to an exaggerated degree, especially under pressure, often hitting fences as low down as his stifle area.

Simonsig doesn’t look nearly as bad as LR so far, but he is yet to come under pressure over fences. I’m not saying he won’t win, but I’d sooner back something else each way.

I’ve already had a few each way bets on Overturn at 6s and 7s but I’m a bit less hopeful since seeing him jump round Doncaster last time. I went ‘Wow!’ on his Sandown fencing debut but something about the Donny jumping performance didn’t look quite right. He was spectacular at one or two and, I suppose I’d concede, clever when necessary, but I just got the feeling that Cheltenham’s fences might cause him problems.

He’s a very keen type and they’ll be geed up as ever in The Arkle going a stride quicker than normal; he will need to meet everything spot-on and I wouldn’t bet, at 5/1, that he’ll manage to do that.

My bet would be Captain Conan who looks tailor-made for Cheltenham’s fences. He’s a good deal more athletic, to my eye, than his stable companion Simonsig although probably not as quick; but jumping will win the day as it often does there and Betvictor’s current 10/1 about him is worth a small each way.

Oh, by the way, the race is sponsored by The Racing Post.
[symple_heading type=”h3″ title=”Champion Hurdle” margin_top=”20px;” margin_bottom=”20px” text_align=”left”]This will be the most open and competitive Champion for years. I’m hoping Zarkandar can finally show his true talent, although I fear the curse of past hopes will scythe him down. I first noted Zarkandar after his Triumph victory in 2011.  And I literally mean after it. I base much of my betting on the way horses do things rather than what they beat.

The most striking thing for me about Zark’s Triumph win was his demeanour when he pulled up. He pricked his ears, gazed back down the track and looked so much like ‘he could go round again’.

I backed him that day for the 2012 Champion Hurdle only for him to meet various setbacks. I recovered my ante-post stakes in advance when he won The Betfair, after which he was a sick horse. The trainer later admitted that he probably shouldn’t have  run him in the Champion due to his poor prep (he was 5th, beaten under 7L).

Paul Nicholls can never resist boxing up his Festival runners and heading north to Aintree – the prize money always drags him over the line of good judgement. True to form, he sent Zark there next and the horse took a heavy fall.

I’m always disappointed by the fact that these horses don’t get the chance to show what I believe they are worth; it hurts more, oddly enough, than the lost stakes.

Anyway, I’ve backed him again this time; he’s the mainstay of many of my multiple bets despite me being unable to shake off that little Ready Brek outline of doom I feel. The Champion Hurdle has been one of those races for me, just…unlucky. I backed Browne’s Gazette many years ago ante-post at 20s, 16s, 12s etc. etc.  He lined up a 4/6 chance only for his rider Dermot Browne to execute a rodeo act of Oscar-like proportions to lose all chance at the start. Browne was later warned off for life for, well for being as bent as the Loch Lomond road.  Too late for me though.

Sizing Europe was another; after he won the Greatwood I though him superb value at 25s for the 2008 Champion and, undeterred by my poor luck in the race, I piled in. You’ll recall he started favourite, came to challenge at the last then injured his back jumping it and was effectively pulled up on the run-in.

I have other tales of bets gone awry in this race – not quite so graphic as the two I’ve mentioned, but, be warned!

I’ve also backed Rock on Ruby and I think he is still very good value each way. He didn’t get the credit for his 2012 win where he powered up the hill. Hurricane Fly was deemed to have run below form though I suspect he did not. He always looks a superstar in Ireland but I said after his Champion win in 2011 that the form might not end up gold-plated (Peddlers Cross was 2nd), and I hold to that belief.

Darlan’s a daft price, far too short, and I think Grandouet will prove the best of the Henderson brood.

In his next feature, Joe McNally will give his thoughts on the Queen Mother Champion Chase, The Ryanair Chase and The Neptune Novices’ Hurdle.

Joe’s own website is http://steeplechasing.wordpress.com/where you can buy his book called “Warned Off.”.