It was a fabulous European Championships. Both to watch and for many football punters, especially those who subscribe to my analysis and selections service at VG Tips.

ITALY WON the Euros. Just as I forecast to VG Tips members before the tournament began. Odds of 10/1 and 9/1 were on offer back then.

I expressed my belief that they were the best team going into the Euros. Here’s what I wrote to members on the 9th of June: “It is the case that, of late, Italy have been playing opponents you would expect them to beat. Nonetheless, they won all ten of their Euro 2020 qualifying games and are currently unbeaten from their last 27 consecutive matches. Roberto Mancini has done well building a team, rather than a collection of individuals. They have a fantastic midfield.”

I also suggested members back them to make the semi-final at odds of 2/1. As did I.

As recently as July 1st, just ten days before the final, I alerted members that you could still get generous odds of 4/1 for Italy to win the tournament. Even that turned out to be value.

Come the day before the final against England, I suggested backing Italy to Lift the Trophy at odds of 11/10 along with suggesting a correct score bet at 90 minutes of 1-1 at odds of 5/1. I put my money where my mouth was.

I only wish I hadn’t forgotten to also do so when it came to the Player of the Tournament award. Here’s what I wrote to subscribers the day before the final with extra time and penalties in mind: “Were this final to end in a penalty shoot out, then perhaps it is more likely that the Italian goalkeeper saved most penalties. After all, Gianluigi Donnarumma has already been a penalty shoot out hero. You can get odds of 20/1 for him to be named player of the tournament.”

I forgot to place the bet. Fool! The man mountain who is the Italian goalie was named player of the tournament. 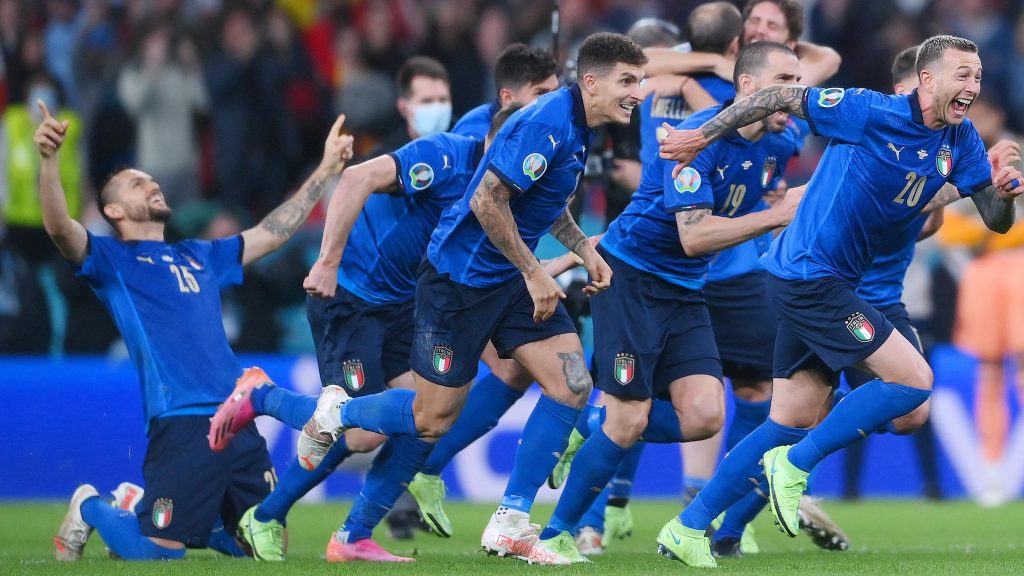 But it’s been a very good month of football betting tips. Made all the more enjoyable by the majority of the games being good to watch. With enthralling and exciting games and some cracking goals. Football needed that.

My other profitable football tips to members from before and during the tournament:-

Crsitiano Ronaldo and Karim Benzema in the top goalscorer betting market, both each way at odds 12/1 (first 6). Ronaldo was joint top scorer with 5 goals and Benzema scored 4.

A 4/1 accumulator for the following countries to top their groups. England, France and Italy.

Finland to be the lowest scoring country, each way, at odds of 7/1. Along with Turkey and Scotland, Finland scored just once.

Belgium to beat Russia at odds of 3/4.

England to beat Croatia at odds of 7/10.

Under 2.5 goals in the match between Scotland and the Czech Republic at 4/7.

Netherlands to ‘Win to Nil’ against North Macedonia at dds of 13/10.

Romelu Lukaku to score anytime for Belgium against Finland at odds of 7/8.

Here’s what I wrote when previewing what turned out to be one of the best games at the Euros: “Karim Benzema scored twice for France in the last game. He’s 12/1 with SkyBet to repeat that here. But I shall play safer and simply back Benzema to score anytime for France at best price 15/8 with William Hill.”

Benzema scored two of the three goals by France when the sides drew 3-3 at 90 minutes.

Both teams to score at odds of 21/20 for the match between Switzerland and Spain.

Denmark to win against the Czech Republic at 6/5.

So it is safe to say it has been a very enjoyable and profitable month of football. Horse racing tips continue and my first domestic football tips for the new season will be available on August 5th.

If you want to join VG Tips as a monthly or annual member, click on this link.